Is There Life After Death?

There are different beliefs and ideas about life after death. But, it is an agreed-upon fact that another life starts after death. The afterlife is the time when your consciousness gets separated from your physical body. This stream of consciousness exists after your death. Some schools of thought say that the entire soul lives after death, while others say that only a part of it lives. It is a never-ending discussion. However, Psychology and medical Science give some satisfying answers.

There are various religions in the world. Each one holds a different belief about life after death. Some believe that you will be nothing after death; others say that you will reborn as something else or acquire godly powers. Some popular beliefs are Reincarnation, Resurrection, and Eternity.

Some religions such as Hinduism, Buddhism, and Sikhism believe in ‘Reincarnation. This belief says that the soul of a human is reborn after death and enters the body of a particular animal. So, the person after death lives on the earth in some other version. But, there is no evidence of this claim.

Other religions such as Islam, Judaism, and Christianity more or less hold the same belief that there is eternal life after death. Most religions believe in heaven and hell. The concept is that the soul goes to either heaven or hell. It is determined based on the deeds the person performs in this world. These deeds are stored, and their reward is given after death. A sinful person gets different kinds of punishments in hellfire. While a noble person goes to heaven and receives countless blessings forever. This argument is logical because what you sow, so shall you reap.

Parapsychology studies the facts related to life after death. The ‘Society for Physical Research’ experts has conducted extensive research to find out the reality of life after death. They adopted different methods such as electronic voice phenomena, the haunting of the dead body, and trans-communication. Dr. Duncan MacDougall conducted a study in 1901. He measured the weight difference of an alive and dead human. He believed that soul is a matter, so it has weight. In an attempt to prove his claim, he measured the importance of a dying man. He found that the dead person lost 21 grams of weight after death. This concept became popular but not regarded as logical and valid.

It is believed that when you die, you perceive what happens in your surroundings. Your senses function for some hours after your death. You hear but cannot speak, you scream, but people cannot listen to you, and you try to move but cannot. Recent research conducted in the UK, US, and Australia examined the death experience of 2060 patients from different hospitals. The mental state of the patients during the death experience was studied. This was the first study to test the validity of conscious experiences through objective goals.

The aim was to find the evidence of ‘out of body’ conscious experiences. This study revealed that the patients who suffered a cardiac arrest were aware of their surroundings. About 40 percent of the patients consciously felt their clinical death and regeneration of their heart. One of the patients felt out of body life. Dr. Parnia, who was involved in the study, states, “The evidence thus far suggests that in the first few minutes after death, consciousness is not annihilated.” It means the person feels everything in his environment even after several hours of death. He remains alive in a sense. What happens after that is unknown yet because nobody returns after death and cannot tell about the after-death life.

WHAT HAPPENS WHEN YOU DIE.

At least once in your life, you might have come across the dead body of an animal. The sight of a decaying and rotten body might be disgusting. But, this is a phenomenon that happens to every living being. You might be wondering what happens to a human body after his death. Your body undergoes numerous changes when you die. What happens? Explore with us!

The first thing that happens when you die is that the color of your skin changes every moment. You cannot exhale, and carbon dioxide-rich blood accumulates at some points. Over time, some parts of your skin turn purplish-red. If you die an abnormal death, your killer determines the color of your skin. An expert forensic pathologist (Judy Melinek) says that the blood of a person whose death is caused by carbon monoxide becomes cherry red. If a person dies because of hydrogen sulfide poisoning, then his blood turns green, and his internal organs brighten up. It is really horrifying!

Bacteria take on the charge of your body when you die. Gas may produce in your body as a result of bacterial activity. A pathologist, Dr. Mary Lachman, informs that this gas or air from CPR might resonate with your vocal cords. So, your corpse gives sounds like moaning, groaning, or squeaking. But, this happens on the condition when your body is pushed or manipulated.

Ironically, death rejuvenates your skin. Dr. Lachman says, “all of your muscles lose tension.” Hence, your wrinkles vanish, and your skin appears smooth. In your life, you struggle to revive your skin. You spend a lot of money to get Botox. But, death fulfills your wish when you do not need it.

It is believed that the hair and nails of a corpse get longer. Dr. Melinek breaks this misconception and says that it is not valid. You feel that your hair and nails are growing after death. The hair and nails under your skin get exposed as the scalp, and body tissues shrink. So, it seems like they are increasing their length.

After your death, bacteria start decomposing your body systems, including the digestive system. So, your body releases all the extra products like feces, urine, and gas. You may fart or expel gas through your mouth. It happens because your muscles get relaxed, and you cannot control your body movements. Your body tends to empties itself. Your bladder releases urine, your rectum releases feces, and your sexual organs may also release semen.

After you die, the blood circulation stops in your body. Also, there is no metabolic or any other warm-up activity. Thus, your corpse temperature lowers gradually. Dr. Lachman explains that your body temperature drops down every hour up to 1.5 degrees. This continues to happen until your body gets really chilled. It takes 20 to 30 hours. Your body becomes stiff and loses its flexibility within 12 hours of death. Within 48 hours of the death, the body starts relaxing and melting.

Your body may suffer muscular spasms. Because your body decays gradually and the muscles contract and twitch. It could be horrible to see a dead body moving. But, that does not mean you are returning to life.

Just like rotten bananas or eggs, your body gives a foul smell when you die. Your internal organs start decaying, and bacteria come into action. Dr. Lachman says that your body produces chemicals such as cadaverine and putrescine. So, these chemicals are responsible for making a terrible odor. This phenomenon takes 2 to 3 days, and you become a stinky object.

Although, your body functions stop working immediately after you die yet some organs remain alive for a longer time. For example, your heart, bone, eyes remain alive almost for 15 hours. Dr. Melinek says that during this time they are fresh enough to be transplanted.

When you are alive, your body eats extra and malfunctioning cells to keep you healthy. But, after your death, all cells of your body degenerate. The bacteria and enzymes present in your body engulf and dissolve these cells. The speed of this process depends on the cause of your death. According to Dr. Melinek, if someone dies of sepsis, then putrefaction occurs speedily. The reason is that infectious bacteria spread to every corner of your body and start decomposing your tissues before your death.

So, your death is caused by the hyperactivity of bacteria that break down your tissues. Further, the doctor says that decomposition is fast in people who take an overdose of drugs. These drugs raise the body temperature, hence accelerate the decomposition process.

Bodies usually turn into a skeleton as the tissues decay. So, turning it into soap might be shocking for you. Some of you might have heard that soap is made of animal fat under specific conditions. Your body can also turn into soap if kept in a cool and damp place. Dr. Melinek explains that your body becomes a blobby pale yellowish or gray mass which is called grave wax. This process is termed ‘adipocere’ and transforms body fat into soap.

Commonly, when you die, your eyes are closed. But, the eyes of some people remain open even after their death. Gradually, the white part of the eyes starts shrinking and gives gray or blue color. Dr. Melienk names this phenomenon ‘tache noir’. He further says that observing this change of eye color is a common practice of forensic examination. It helps the pathologist understand the difference; it might be expected or might be due to some disease.

Finally, your body vanishes as a result of decomposition. Dr. Lachman informs that if the temperature is 50 degrees Fahrenheit, you turn into a skeleton within 120 days. But, the process becomes faster at higher temperatures. As a result, you are all gone away. What is left behind is your skeleton devoid of skin. Even the joints dissolve and your skeleton divides into pieces.

Life after death is exciting and thrilling. The real experiences of Dr. Newton’s hypnotized clients reveal ground-breaking realities about the spirit. The research is valid and was carried out over an extended period. Almost all the clients describe similar things that is an amazing fact. There is much to discover about the spirits for a deep understanding of life after death. A more comprehensive understanding is possible by the combination of science and spirituality.

What do you say when someone dies?

Sometimes, we see a person dying before us. But, we cannot decide at the moment what should we say to a dying person. You can console a dying person by uttering the words such as”:

How long does the body stay alive after death?

According to the experts, your body dies gradually organ after organ. First of all, your heart stops beating and breathing. The blood is not pumped to the body. The brain and nerve cells remain alive for few minutes after death. All the vital organs such as kidneys, liver, and pancreas die within an hour. Your skin, heart valves, tendons, and cornea of the eye remain alive for more than 24 hours. White blood cells can remain alive for 3 days. So, your whole body does not stay alive after death. However, you can feel changes in your environment for a short period. 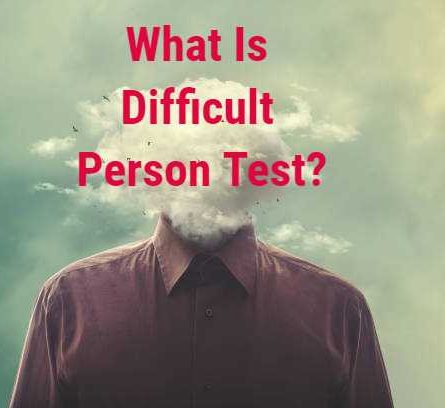 I’m sure you’re aware of difficult person tests, the majority of which are available to the public. Do you know what the level of a Difficult Person Test is? Many civilizations worldwide use various methods to assess how challenging people’s personalities seem to be.The difficult … 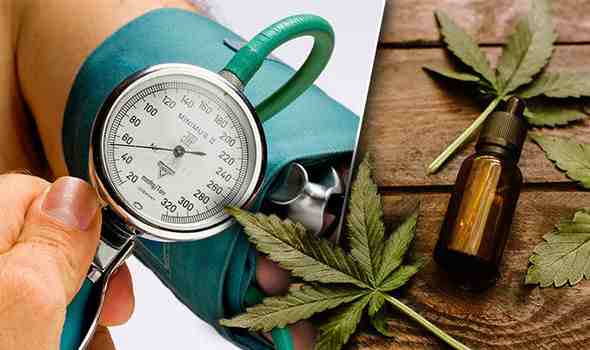 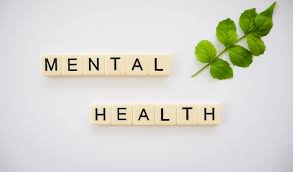